By entering the court of honour, on the left the majestic 18th century wing of the villa can be seen, built in bricks. Such a stateliness reduces the value of the most ancient wing, a two-storey building resting on a porch supported by rose granite twin columns. The archway on the right consented carriages to reach the stables.

Under the porch of this building, the staircase leading to the first floor can be reached. On the ground floor, through a circular room where a fresco represents Mercury, entrance is made in some rooms completely decorated with frescoes of the late Lombard 16th century. The frescoes on the vaults, detached in the early 1970s, have been restored and placed back to their original positions.

At the beginning of the 18th century the villa was enlarged by the new owners, The Litta Family, who added on the west wing in bricks.
The new three-storey building has a slightly U-bent plan towards the natural theatre, whilst the facade towards the court of honour lies on a three-arched porch. In the building several large rooms illustrate extremely well the amusing atmosphere the villa was dedicated to. On the ground floor almost all of the rooms have frescoed ceilings.
The first floor is characterized by the grand receptions room, a two-storey interior with magnificent, wrought iron balconies for the musicians. 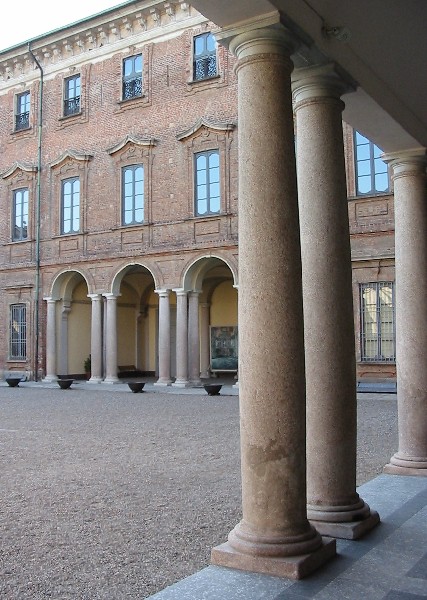 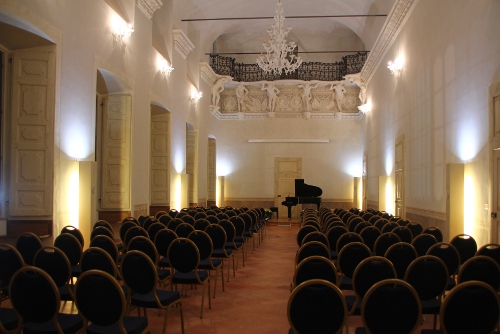 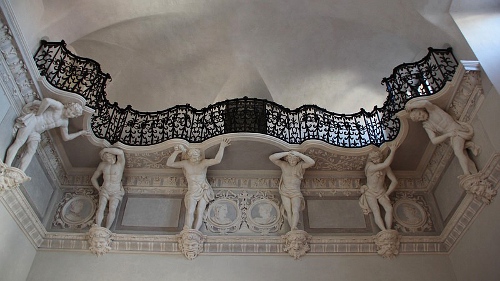 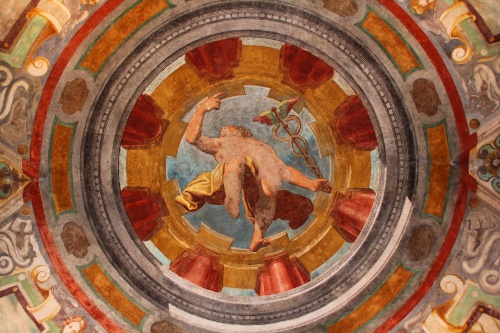